Global Fund for Women believes that, grassroots feminist groups are uniquely positioned to lead responses to crises and deliver solutions that will address the needs of their communities. Donate now and one hundred percent of your gift will go directly to local feminist groups in Lebanon to support women, girls, and marginalized communities that are not served by typical disaster relief.

On August fourth, two explosions rocked the port of Beirut, Lebanon, killing 220 people, injuring more than 6,000, and leaving 300,000 people homeless. This devastating crisis and its effects are being exacerbated by the COVID-19 pandemic, a collapse of the banking system (Lebanese people can’t currently access their bank accounts) and endemic government corruption.

Even before the deadly blast, feminists were on the frontlines of Lebanon’s revolutionary social movement. Feminist groups have been calling for an end to abuses and racist discrimination against migrant workers and refugees as well as a repeal of religio-patriarchal structures, including those coded into law. Since the explosion, the broader reform movement has only increased its demands for government accountability, causing the Prime Minister and his cabinet to recently resign.

Anja Tranovich spoke to Lina Abou-Habib, a Global Fund for Women advisor and board member of the Collective for Research and Training on Development-Action in Lebanon on what life is like today in Beirut, the feminist demands for the country, and how people can help.

What did you experience the day of the explosion?

Lina Abou-Habib: It started with something that felt seismic, like an earthquake. A split second before anything happened my cats freaked out. Then the earth shook and there was a huge blast and the sound of shattered glass.

And of course, as a first reaction, the war years come back and the war instinct comes back, and one of them was to quickly, before you lose connection, try to see where family and close friends are.

The second one was to try to secure the area and clean broken glass. And then try to find out what the hell just happened and is it going to happen again.

Tell me what’s going on currently in Lebanon.

The human toll is huge. The material damages are huge.

Rather than helping people on the ground, the regime’s response has been to call for an emergency status which gives extraordinary powers to the armed forces. These extraordinary powers extend over people who are writing and protesting – bloggers, tweeters, journalists, and reporters.

Yes, the government has resigned, but it resigned because people went to the streets and demanded a resignation. They resigned without apologizing, without admitting any kind of responsibility.

Let me give you two examples. One is how the government releases the names of victims – they say “43 Syrian workers” without saying their names, effigies have no names in the middle of all of this. [There are 250,000 migrant workers – most of them women domestic workers – in Lebanon who are among the most vulnerable.]

What is the situation for women, girls, and marginalized groups?

Before the explosion we were already worried about the impact of COVID-19 on women: women face increased vulnerability to violence; loss of livelihoods; an increased care-giving burden. And now you have to add to it casualties and loss of homes.

There was a starting point of serious vulnerability, with COVID-19, and the dire economic situation. Now you have the explosion on top of that.

What are feminist funds and grassroots groups doing?

Feminist funds are the only ones trying to identify the impact [of the crisis] on women.

We use our own efforts and resources and passion and commitment to make sure that people will be able to get through this.

At the same time, we are being clear about what our demands are. This is about people’s lives and being able to sleep somewhere and eat.

We need to amplify the voices of women and girls and migrant works and the LGBTQ community. We need the world to be listening to them to hear their lived experiences in Lebanon in past few years.

What can those outside of Lebanon do to help?

There are many acts of solidarity. One act would be to share information. And a second one: to hold the Lebanese government accountable.

And the third act of solidarity, if they want to donate resources, is to make sure it is not through the government. Donate to Global Fund for Women or fund accountable, transparent feminist funds.

You’ve written: “Somewhere in this bleak and gory moment, outstanding acts of resistance were born out of care and love in the face of oppression and gratuitous crime. This is where hope comes from.” Are you still hopeful?

I am hopeful the end is near for the regime and that there will be accountability.

That no one is left behind. There is no democracy without women or the LGBTQ community.

That realization is irreversible. That in itself makes me incredibly hopeful. 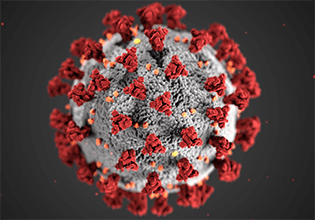