As a global feminist fund, we recognize and affirm that there is no gender justice without racial justice. Today and always, we stand with those rising up against the injustice, racism, and brutality suffered by George Floyd, Breonna Taylor, Tony McDade, and all Black people in the U.S. and around the world who have been killed and terrorized by the police.

We further recognize and uphold the interconnectedness of movements working for racial and gender justice around the globe. Black Lives Matter across all borders. The same military tanks policing protesters on U.S. streets today have been used to subjugate Black and brown people in other countries. State violence, authoritarianism, and white supremacy do not begin or end with one country. We must pursue nothing short of revolutionary transnational solidarity to face these dire challenges together.

Today, we re-commit to providing support—funding and more—to activists, networks, organizations, and movements working towards gender and racial justice for all.  We call on other funders to join us to forge systematic, sustainable change and shift resources and power to the Black, indigenous, and other communities who have long fought against violence, and who know their community needs best.

From Minneapolis to Brooklyn, Rio de Janeiro to Jaffa, we are with those fighting to build a world where all have the right to live, think, and BREATHE freely. 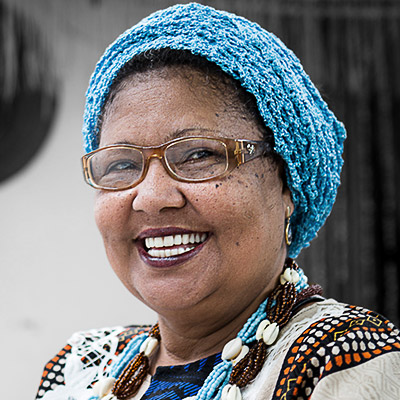 Nilce is a leader of a terreiro, a community of black women who ...