In October 2018, the Intergovernmental Panel on Climate Change announced the world is on track to exceed the global warming threshold of 1.5°C above pre-industrial levels within 12 years. Beyond 1.5°C warming, the world will experience unprecedented rises in natural disasters, food insecurity, and poverty. Based on recent dialogue, policymakers, funders, and climate scientists are at risk of promoting myopic solutions that omit the voices of those most marginalized by the climate crisis: rural and indigenous women.

Rural and indigenous women farmers account for 45-80% of all food production in developing countries and have long led in preserving the economic and social vitality of their communities in the face of climate change. Global Fund for Women champions these women. From supporting groups helping women access land titles in rural Uganda, to women safeguarding indigenous seeds in Kenya, to groups reclaiming land and water resource management in India—the grassroots women Global Fund for Women partners with are the leaders in creating resilient communities in the face of the climate crisis. This Earth Day we celebrate and recognize the work of these grassroots women.

Sheelu and her colleagues in Women’s Collective mitigate the economic and physical displacement of the primary food producers of India – smallholder women farmers. While women farmers are the anchors for food security at the household level, studies estimate that they own less than 15% of farmland—with some estimates as low as 2%. Because women do not have access to the same land rights as men, and are not given the same entitlements (such as subsidies), they are not recognized as farmers. Without equality for women farmers to have access and control over their property and resources, efforts to increase food security during the climate crisis will ultimately fail.

Women’s Collective creates interventions that are grounded in women’s agency to demand their rights. Through support networks – or collectives — women farmers group their resources together in order to farm plots of lands that they share. These collectives also work together to demand women’s rights to land, market access, and entitlements. “Participation of the people is the key to all of our successes,” says Sheelu.

Since it started in 1994, Women’s Collective has grown from operating in just 6 villages to having presence in nearly 1,000 villages. “My biggest achievement in my life is that at least 10,000 families are eating safe, nutritious food,” says Sheelu. Today, Women’s Collective has a membership of 28,697 and has led women’s ownership of 722 acres of land.

The world cannot adapt to the realities of climate change without recognizing and incorporating women’s inputs.

The global dialogue and funding streams around climate change adaptation and mitigation prioritize political, policy, and research leadership that is predominately male. Separating women and women’s rights from climate change policies overlooks the agents of change who have been leading food security in their communities for decades. The FAO reports that if women farmers had the same economic resources as men (labor, technology, resources, market access), then their farms could produce 20-30 percent more, increasing the total agricultural output in developing countries by up to 4%. This increase in production could in turn reduce the number of hungry people in the world by 12–17% — that’s approximately 100-150 million people. The linkage with climate change and women’s rights is clear: the only way to adapt to the climate crisis is to ensure women have the resources to lead climate resilient communities.

We celebrate Sheelu Francis and Women’s Collective in their 25th year of fighting for women’s rights and climate justice in India and the millions of women farmers working towards food security and climate resistance.

As we reflect on 2018, we are reminded of the many powerful ways that women’s movements are advancing human rights, despite tremendous opposition. 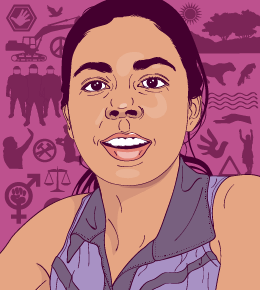 News
8 quotes that emphasize why we should celebrate & ...

For Earth Day, share the voices of climate warriors fighting for justice, land, water - fearlessly working to save the planet from the patriarchy. 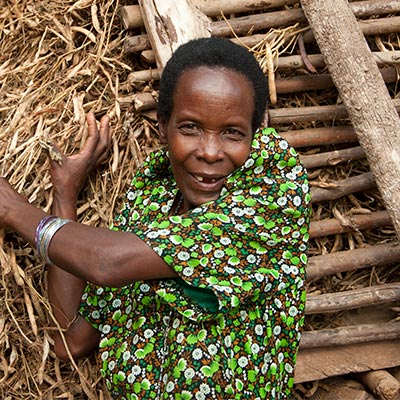 Impact Stories
Keeping food on the table in Sub-Saharan Africa

Women are the backbone of agriculture and food production in Africa, but discriminatory practices deprive them of their land, rights, and livelihood.