Feminism is a tool for social transformation. Equality is the ultimate goal and together we can make a difference.

This interview was conducted as part of the FLOW Learning Project on Tranformative Women’s Leadership. See more about the project here.

Dr. Renu Adhikari Rajbhandari is a seasoned human rights activist. As a young woman, she was a student activist, and post-graduation she continued her activism as a young doctor during the democratic movement in Nepal during the 1990s. She is founder and chairperson of the Women’s Rehabilitation Centre and chairperson of the National Alliance of Women Human Rights Defenders (both Global Fund for Women grantees).  At the time, women had come together to develop a women’s agenda, but democracy remained the core focus until the national political landscape changed and key international instruments (such as the Beijing Platform for Action and CEDAW) brought greater attention to the needs and rights of women. During this time, Dr. Rajbhandari and others groomed thousands of women to become politically active and join the movement even as the country was embroiled in a civil war. The end of the civil war in 2006 led to a more open political environment where younger generations of women could engage in the women’s movement. Yet seasoned activists noted that the political analysis skills of this new generation of women activists were not as strong.

Dr. Rrajbhandari explained, “This situation demanded from a person like me, who by now was a senior leader, to play the role of a mentor inside and outside of the organization. It’s very important to sustain the movement and organization, and to institutionalize the gains we had made so far…so I have been promoting, supporting, and mentoring thousands of women to grow and take up leadership.”

In 2005, the National Alliance of Women Human Rights Defenders (NAWHRD) was founded. Its mission, then and now, is focused on advocating for greater visibility, recognition, and protection of Women Human Rights Defenders (WHRDs). NAWHRD’s network represents a strong and vibrant membership of WHRDs from all 75 Districts of Nepal, with approximately 80 percent comprised of young women from various marginalized groups (including indigenous women, ethnic minorities, LGBTQI, etc.) and working across a variety of women’s rights movements such as movements for women with disabilities and women workers.

In its work to support WHRDs, the network intentionally works to strengthen both the individual and collective leadership of its members. Much of this support is provided through the network structure, as members support one another through regular contact and also through training opportunities and formal coaching. A number of WHRDs also main a vital leadership role for the alliance by making decisions, developing strategies, and organizing actions for the network. At a collective level, members engage in joint advocacy and lobbying activities with other like-minded individuals and organizations, which has led to greater participation of women in public and private life, as well as increased pressure on the government to improve its responsiveness to women’s needs.

One member that has benefitted from NAWHRD’s activities to strengthen leadership capacity at both the individual and collective levels is Gomawati Pun (Srijana). Today, she serves as Treasurer to NAWHRD and also is the Founder and Executive Director of her own organization, the Women Forum for Women in Nepal (WOFOWON). WOFOWON is an organization that is made up of a network of women workers working in the informal and entertainment sectors of the country. She highlights the importance of the ability for women workers to come together and unite for a common purpose, as well as how essential it is for the movement to ensure that all voices are heard. In particular she says that “young women leaders are important in the organization to strengthen voices against discrimination and exploitation that are faced by all women.”

In terms of developing their own leadership capacity, Gomawati states that this change really starts with the individual – in particular by first gaining self-respect for themselves and their work. In addition, it is “necessary for young women to initiate and come forward [in the women’s movement],” which she notes takes personal struggle. She has no illusions about what it takes to advance women’s rights: “It is very difficult to raise voices against discriminatory behaviors and bad practices in society,” she says, to the point that their use of a feminist perspective creates distance from their family and society. However, she believes this struggle is necessary, because “only then can we change our country and society.” Yet, she notes that while many organizations have been established in Nepal to develop young women leaders, not all do this from a feminist perspective, and many still are not able to connect youth and young women to the senior generation of women activists.

However, leaders such as Dr. Rajbhandari remain committed to bringing up young women leaders as an important resource for sustaining the women’s movement. She firmly believes that “together we can make a difference and we will make a difference.” It is in this spirit that leaders like Dr. Rajbhandari and networks like the NAWHRD have supported the emergence of strong, young organizations such as Shakti Samuha, WOFOWON, and Kritika, all led by young women leaders that have since received international recognition for their work. She remains proud of how the overall women’s movement has gained recognition for its tireless efforts to contribute to structural change through campaigns and policy advocacy that have shifted attitudes towards women in society. In addition, Dr. Rajbhandari highlights the fact that “young women who are working with me have already learned how to analyze, strengthen and support each other as being together for cause with clear understanding, which I would say a great achievement.” Similarly, Gomawati is also proud of what the women members of WOFOWON have accomplished: “It is very joyous to currently see women workers moving forward, being forward and hard working to establish identity at various forums. And I feel proud to see the development of positive vision in the society and identification of the issue of women workers in national and international levels.” 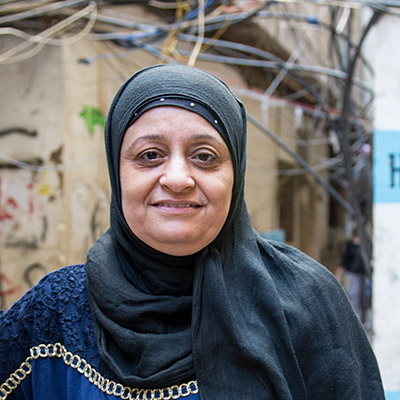