Until a woman can have total power over her body, she will never have the power to influence the society in which she finds herself. Now if that same woman has complete ownership over her body— that is a force to be reckoned with.

In Liberia, cultural norms, patriarchy, and government inaction all puts girls at risk. Discussing sex is considered taboo, which keeps girls disempowered and puts them at risk for exploitation by men in positions of authority (such as teachers). While the government has passed laws that support and affirm the sexual and reproductive health rights of girls and women, these laws often directly contradict accepted cultural practices, and implementation of the laws aren’t well enforced. (For example, the Children’s Act—which guarantees the rights of children and specifically addresses issues girls face including sexual rights—was passed in 2011, but lawmakers have not made implementation a priority.)

Global Fund for Women grantee partner HOPE, Inc. works to bridge these gaps, with the ultimate goal of creating a safe, supportive environment for the girls of Liberia to exercise their rights and become the next generation of leaders.

“Many girls do not have the basic opportunities and resources that others take for granted,” says Aisha Cooper Bruce, Executive Director of HOPE, Inc., adding that many girls aren’t able to attend school and don’t have access to basic sexual and reproductive health information. “They continue to be vulnerable, as cultural and religious beliefs and practices negatively impact their lives.” Bruce points to prominent issues such as early and forced marriages; high rates of teen pregnancy; high incidents of rape, especially statutory rape; and high maternal mortality rates as evidence of the “constant violation of [women and girls’] sexual reproductive rights.”

HOPE—which stands for Helping Our People Excel— began their work with women and girls in 2010. They work with girls between the ages of 5 and 22 years old, and focus on youth leadership development trainings; health and human rights campaigns for young people; and advocating for national laws and policies that protect children—particularly girls.

“Until a woman can have total power over her body, she will never have the power to influence the society in which she finds herself,” says Aisha Cooper Bruce. “If she has no power over when and how she has sex, when and how she bears children, whether or not she can move freely in her community, even what hairstyle or outfit she wears, then how can this girl or woman ever raise her voice loud enough for society to hear? Now if that same woman has complete ownership over her body, if she makes the decisions—that is a force to be reckoned with. Once she knows her value; she will demand her rightful place in society.”

HOPE also established “Girl Clubs” in nine public schools across five counties, in partnership with the Ministry of Education, which empower young girls with the knowledge of their rights and encourage them to become leaders in their community. In just the past year, 135 girls have completed their training workshops.

Additionally, their Girls Advocacy Forum, where more than 200 girls so far have been trained as advocates throughout Liberia, promotes awareness and advocacy efforts regarding the laws and policies that affect girls.

In one of their biggest policy successes, HOPE’s Girls Advocacy Forum worked with partners and girls throughout Liberia to create the “Manifesto for the Development and Empowerment of the Liberian Girl Child.” The Manifesto specifically highlights priority issues for the empowerment of adolescent girls and young women, including sexual and reproductive health and rights; education and leadership; and cultural and traditional practices. Last year, the Manifesto and a three-year implementation plan was endorsed by the President of Liberia, and rollout of the implementation plan is set to begin soon.

Despite challenges, Bruce is optimistic about the future that the girls HOPE works with will build. “It is true that most girls are vulnerable, yet I’ve worked with hundreds of girls and I am inspired by their level of intelligence, courage, passion, and leadership potential,” says Bruce. “These girls represent a better tomorrow for the country. I can’t wait to see how this new, better-prepared generation of leaders will challenge the system and create a better Liberia.”

All photography by Alissa Everett for Global Fund for Women. 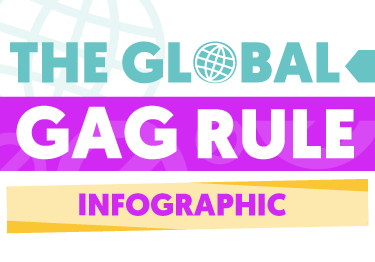 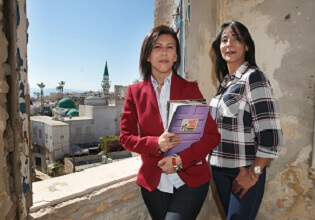