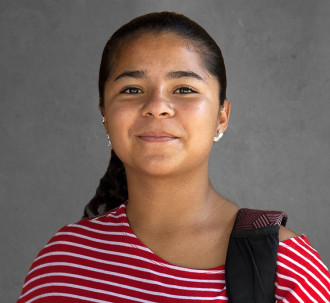 "Like the women in our campaign, I became determined as a result of my life experiences. I’m #determined to make equality of opportunity a reality for other women and girls everywhere. No exceptions."
Musimbi Kanyoro, President & CEO, Global Fund for Women