We live in a world of misplaced priorities, a world in which 60 million girls are not in school. The majority of these girls are from poor communities and three quarters of them belong to ethnic, religious, linguistic, racial, or other minorities. Many of these girls experience unimaginable violence, but their resistance and will to change their situation is the focus of my interest.

As many of us prepare to mark V-Day, a global day to confront violence against women and girls, it’s a moment to reflect on how we can support bold and courageous girls resisting violence. A critical part of the answer is making sure that strong local women’s organizations exist to give such girls voice and support.

Today in Malawi, girls are speaking up for themselves and claiming their rights to education, human rights, and freedom from violence. They are rejecting child marriage as a violation of their human rights. They are girls like Memory Banda who refused to follow the path of her sister, who was forced into early marriage and pregnant at the age of 11. Memory was empowered by a local women’s rights organization and Global Fund for Women grantee partner, Girls Empowerment Network-Malawi (GENET), to resist the discrimination against girls that is perpetuated by culture and enhanced by poverty. Her inspiring work was critical in getting the legal age of marriage in Malawi changed from 15 to 18—a change to law that also made primary school compulsory. Memory’s TED Talk helped amplify the issues confronting girls in many communities around the world.

Chitera—where Memory is from—was a typical, traditional, poor, rural community in southern Malawi. Parents often took their daughters out of school, sometimes as early as age nine, and forced them to marry older men in order to relieve the financial burden on the family. The community reported high rates of death among girls who became pregnant after forced marriages or rape. But the tireless interventions of local girls like Memory and women-led groups, like GENET have now transformed society. With funding and advocacy support from Global Fund for Women, and skills-building support from Let Girls Lead, GENET built the capacity of an inspiring girls’ movement in Chitera, which rejected child marriage. Girls, parents, traditional leaders, religious leaders, and government officials are now collaborating to bring about change. School enrollment has increased by over 50 percent since 2011.

Girls like Memory and like Nobel Peace Prize winner Malala Yousafzai have become powerful advocates for girls’ education and ending child marriage. Change is scaled when it translates into laws that protect millions of women and girls, and when communities change their thinking on issues that they have taken for granted.

Global Fund for Women partners with bold women’s human rights organizations which are driving change in their communities. Memory’s story and the work of GENET is evidence that women’s groups hold the key to changing lives and communities, and driving gender equality more broadly. The women we support are challenging the status quo in communities that tell a girl that because she’s born female, she shouldn’t pursue education; she shouldn’t speak out if she’s a victim of violence; that a woman shouldn’t sit in on community meetings, her opinion is not important; her presence is not needed in Parliament or to broker peace accords; that women and girls should be limited to domestic chores.

V-Day is about women’s resistance. Every single day and in every country, women are breaking the silence on their oppression and violence. Women and women’s groups are working tirelessly to end violence in all of its ugly forms and making incredible progress—from laws against domestic violence and female genital mutilation, to changing the attitudes of local men and religious and community leaders. Girls are saying no to forced marriage and demanding their rights to an education, health care, and human rights for themselves and their communities and families. Women’s groups are encouraging girls like Memory to shatter the silence and share their stories.

On V-Day and every day, we must listen to the bold and courageous women who believe that reality can be changed for the better—and are proving that it is possible through their work. Inspired by the commitment and impact of women and girl activists in our global network, this is what makes me wake up every morning ready to work. It is what I believe in and it gives me meaning in life. On February 14th and every day, let’s make sure we’re fighting with girls like Memory in Chitera and all around the world for this critical building block in achieving gender equality—freedom from violence and the threat of violence. Join me and let’s commit to making 2016 the year we put ending violence against women and girls at the top of our global agenda—no exceptions. 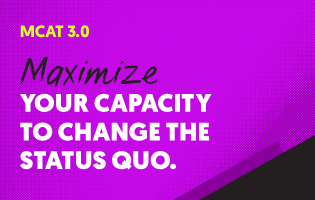 As we reflect on 2018, we are reminded of the many powerful ways that women’s movements are advancing human rights, despite tremendous opposition.