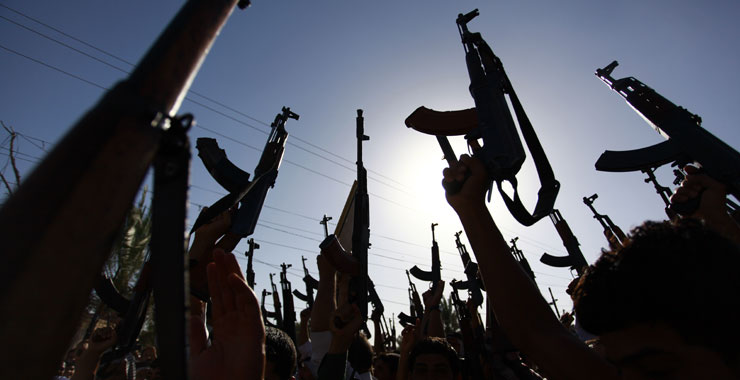 Women are being taken in broad daylight. Men have the weapons to do whatever they want and their [DA’ESH] way of dealing with things is to kill.

June 24, 2014: Young men armed with assault rifles went door to door in Mosul, the second largest city in Iraq, taking “women who are not owned” for “Jihad Nikah” or sex Jihad. Between June 9th and June 12th, women’s rights activists documented 13 cases of women who were kidnapped and raped by militants of the Islamic State of Iraq and Syria (ISIS) or DA’ESH, the Arabic shorthand for the group’s name. Of the 13 women, four of them committed suicide because they couldn’t stand the shame. One woman’s brother committed suicide because he could not bear the fact that he was unable to protect his sister.

This is just one account of the extreme violence in Iraq since the Sunni DA’ESH militants have seized control over large portions of the country over the past three weeks.

“Women are being taken in broad daylight,” said Yanar Mohammed, Co-Founder and President of Global Fund for Women grantee partner Organization of Women’s Freedom in Iraq. “Men have the weapons to do whatever they want and their [DA’ESH] way of dealing with things is to kill.”

Being a woman in Iraq was difficult before the conflict and now military leaders are handing guns to young untrained, undereducated and unemployed Shia men. These men are promised big salaries if they leave their homes to fight, according to an anonymous Global Fund ally in Baghdad.

“When we [women] commute to our office, walk in the street, or take the bus, we experience harassment,” said the Global Fund ally in Baghdad who remains anonymous due to security concerns. “But now, all of the men have weapons. I think maybe he will kidnap or shoot me if I don’t do what he wants. They will shoot and do anything, and because of the fatwa [urging able-bodied Iraqis to take up arms against Sunni extremists] no one asks questions.”

With a death toll of 1,000 and rising in only three weeks, the sectarian conflict has forced most women’s rights organizations to scale back their programs. Organization of Women’s Freedom in Iraq was in the middle of a campaign against Article 79 of the Jaafari Personal Status Law, a law which, among other women’s rights violations, would grant custody over any child two years or older to the father in divorce cases, lower the marriage age to nine for girls and 15 for boys, and even open the door for girls younger than nine to be married with a parent’s approval. Now, it takes everything they have to keep their shelters open and women safe.

“We cannot speak of women’s rights now unless we are speaking of the livelihood of those who are totally jeopardized, such as women who lost families and young girls who are vulnerable to corrupt officials or clerics,” said Yanar. “We went from legal work and improving rights of women to working in a state of emergency and trying to find the lowest chain in society and get them to safety.”

The Tangled Web the U.S. Wove

The extreme sectarian violence is a relatively new phenomenon in Iraq, taking up speed during the U.S. invasion in 2003, reflects Yanar, who is “sick and tired” of western pundits on TV saying there is no hope for Iraq.

“Mainstream media trashing Iraqi people is unbearable and is a total manipulation of the facts of America’s role in dividing Iraqi people,” said Yanar. “The political process that the US government put in place is a total failure and they [US] just left. The damage is not on them, it’s on us now.”

The damage comes in the form of, among others, a generation that didn’t have access to education.

“This generation listens to whatever the clerics and politicians say,” said Yanar. “They are ready to throw themselves in the fire and they do it in the name of their Imam…Both politicians and religious heads are pushing the country into a very sectarian divide and it’s frightening.”

As the fighting intensifies in northern and western Iraq, over 300,000 have already fled to the Kurdish region for safety, where UNHCR and other relief organizations set up a refugee camp in the arid region of Khazer.

“It is very hot and there is no water; we were not prepared for this influx of refugees,” says a Global Fund ally in Erbil, a city in Kurdistan. “The situation is by no means sustainable. The majority has nowhere to go and is staying in parks. Entire families are left without the most basic of shelters, food and clothes.

“While these waves of displacement to Kurdistan includes Shias, Sunnis, and Christian families, the pressure on Iraqi Christians have been strongest due to DA’ESH’s infamous brutality.

“Christian women in the areas controlled by DA’ESH are forced to wear hijab or face death,” said a Global Fund ally who lives in Baghdad. “They must pay a protection tax, or ‘jizyah’ to DA’ESH to stay safe.”

If the violence is not seriously addressed, our ally in Erbil says Iraqi women know exactly what is going to happen next because they have endured it over and over again since the U.S. invasion in 2003, and during the first and second Gulf War.

“We know what has happened to women in Iraq – a lot of murders and violations – and we have already suffered to an unbearable extent,” said Global Fund ally in Erbil. “There is nothing they haven’t done to us; which is why panic spreads among women as soon as we hear of another crisis. Women are used as a weapon for retaliation.” 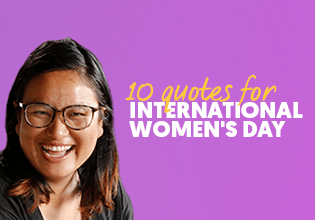