President and CEO of Global Fund for Women

Previously, she was the Executive Director of Planned Parenthood Global, the international arm of Planned Parenthood Federation of America, with regional and country offices in Africa and Latin America. She quadrupled the size of the program in four years to become one of the most innovative and sustainable global health organizations in the field.

Ms. Frett worked for eight years as a human rights officer for the United Nations Children's Fund (UNICEF) and for 10 years with the United States Agency for International Development (USAID). Ms. Frett served as a delegate to the Fourth World Conference on Women in Beijing in 1995 and continues to fight for the human rights of women.

An attorney by training, she began her career at the NAACP Legal Defense and Education Fund in Washington, DC. She has received many honors and awards, including two Esteemed Meritorious Honor Awards from the U.S. government and the highest honor in civil service, the Superior Honor Award, from the U.S. State Department. Ms. Frett was one of 30 Foreign Service Officers honored with the Colin Powell Fellowship by then-Secretary of State Condoleezza Rice. Ms. Frett currently serves on the Board of Directors at Oxfam America and Management Sciences for Health and is an Adjunct Professor at Columbia University's Mailman School of Public Health. Ms. Frett is a Woodrow Wilson Fellow and author of four U.N. human rights reports and manuals. She is a Returned Peace Corps Volunteer and Alum of ICAP. She is a member of the Council on Foreign Relations. She holds a Bachelor of Arts in government and politics, a master's in public policy, and a JD from the University of Maryland.

Ms. Frett currently resides in San Francisco with her family 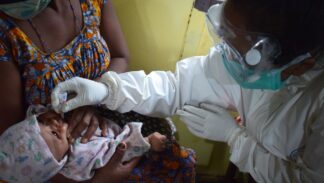 August 24, 2021
Call for Action: Invest in A Feminist, Collective Approach to Build a World Beyond Crisis 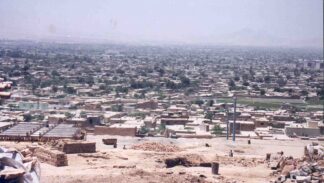 August 20, 2021
Feminist Response to Crises in Afghanistan, Haiti, and Lebanon