Skip to content
Latest
The Year in Gender Justice: Movements Driving Change in 2020

The Year in Gender Justice: Movements Driving Change in 2020

2020 has been marked by incredible challenges, but with those come opportunities for meaningful change in systems, structures, and societies around the globe. Despite COVID-19 and rollbacks of rights for women, girls, and marginalized people globally, 2020 also saw protest movements driving bold action for long-term impact.

Join Global Fund for Women in marking significant gains made this year for gender justice, including legal wins, powerful displays of solidarity, and cultural shifts all made possible by the innovation, organizing, and persistence of grassroots gender justice movements. 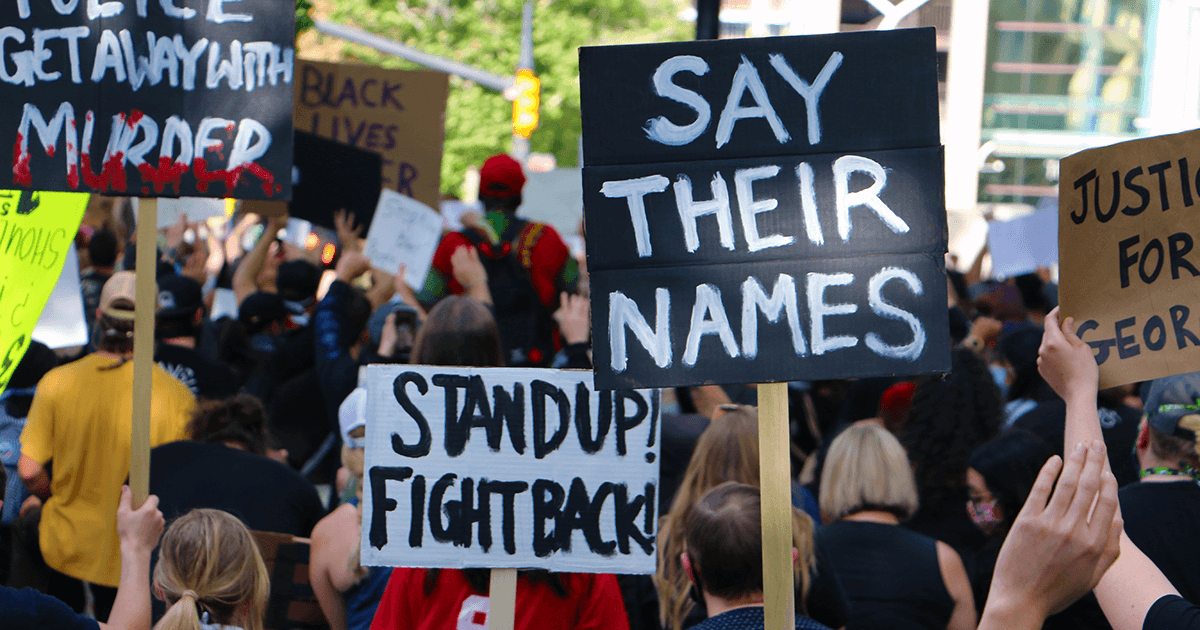 The murders of George Floyd, Breonna Taylor, Tony McDade, Ahmaud Arbery, and too many more spurred enormous nationwide protests in the U.S. and helped reignite the movement to end police brutality against Black and Brown people around the world. While the protests began in the streets, they’ve had a reverberating effect across many sectors and continue to influence reckonings around racism and racial justice around the globe, from Seoul to Sydney to Brussels to Rio de Janeiro and beyond. Founded by three Black women, the Movement for Black Lives is one example of the powerful Black and Brown-led organizing that’s leading to wins across the U.S., from delivering crucial votes to ensure a Biden/Harris victory in the presidential election to keeping police out of schools, an effort Freedom, Inc., in Madison, WI successfully led this year.

2. The pandemic is the portal 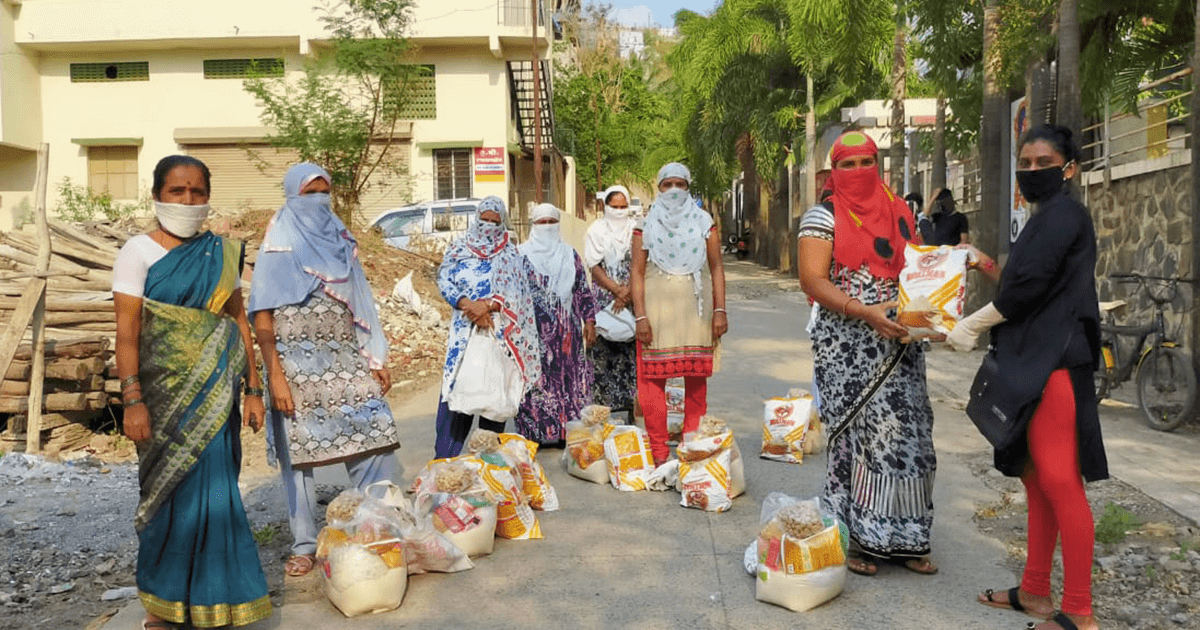 COVID-19 has laid bare the ways in which our existing structures and systems leave far too many behind. Yet movements around the world have stepped in and adapted quickly to support the urgent needs of their communities.

Before the pandemic, the National Domestic Worker’s Movement (NDWM) was mobilizing domestic workers in India to demand fair wages, safe working conditions, and more. But following nationwide lockdowns, domestic workers were suddenly without income, and were often denied government relief like unemployment. NDWM refocused their efforts on meeting domestic workers’ immediate needs for food, hygiene, and shelter and have since helped provide food kits and warm meals to thousands of domestic workers and their families.

Building on a decade-plus of activism from founder Tarana Burke, the ‘me too.’ movement took off in 2017 as an organic social media campaign about the prevalence of sexual violence that also went global, from Egypt to Argentina to Palestine and beyond. This year, me too. International partnered with leading organizations to launch the Survivors’ Agenda—a collective of organizations focused on moving forward a vision of survivor justice and bringing about systemic, sustainable change. Read their Survivors’ Agenda, available in 12 languages. 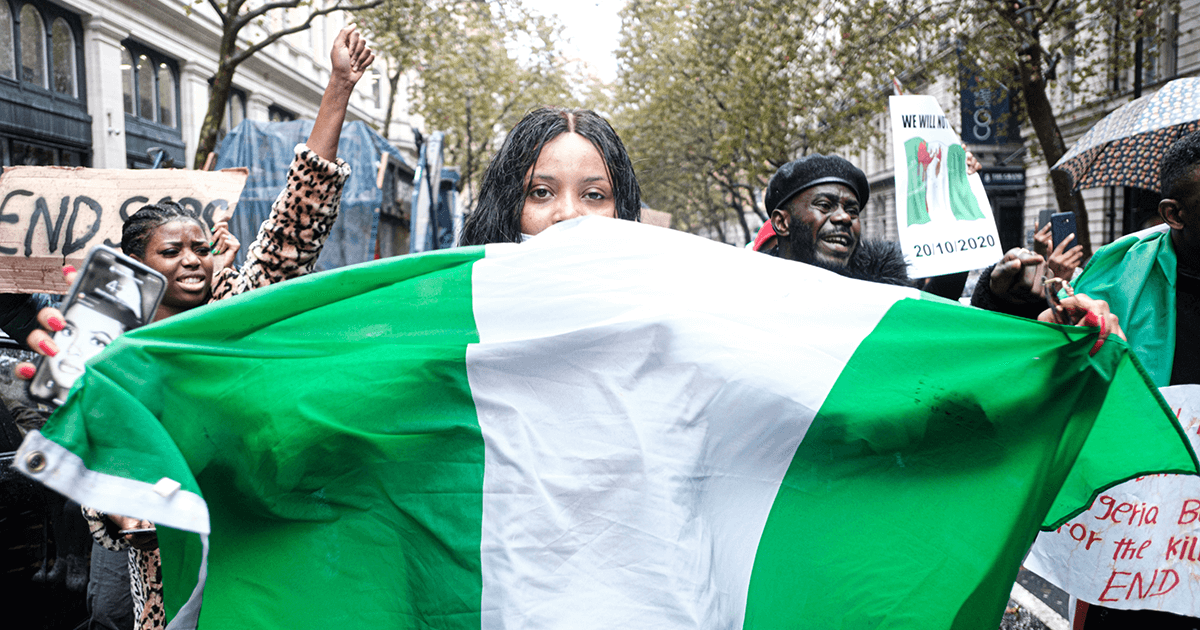 In Nigeria, mass protests have brought global attention to the issue of police brutality in the country. Protestors are demanding the shut-down of the Special Anti-Robbery Squad (SARS), who they accuse of corruption and of extorting, harassing, and attacking citizens with impunity. The demonstrations, led largely by young people and women, build on a rich history of protest in the country (including the 1993 pro-democracy protests as well as the 2012 #OccupyNigeria movement), but were met with military force to disastrous consequence. At least a dozen protestors were murdered when the military opened fire at what is now known as the Lekki Toll Gate massacre.

5. Chile rewrites their constitution with inclusion in mind

What began as grassroots protests against a metro fare hike last October could end in a new foundational framework for Chile. This year, Chileans voted overwhelmingly in favor of rewriting their Pinochet-era constitution to address extreme inequality in the country, where 25% of the nation’s wealth goes to just 1% of the population, and to codify things like women’s rights, Indigenous rights, and more in the Constitution. A committee of citizens (including 50% women, as well as Indigenous representation) will be elected to draft a new constitution in Spring 2021. 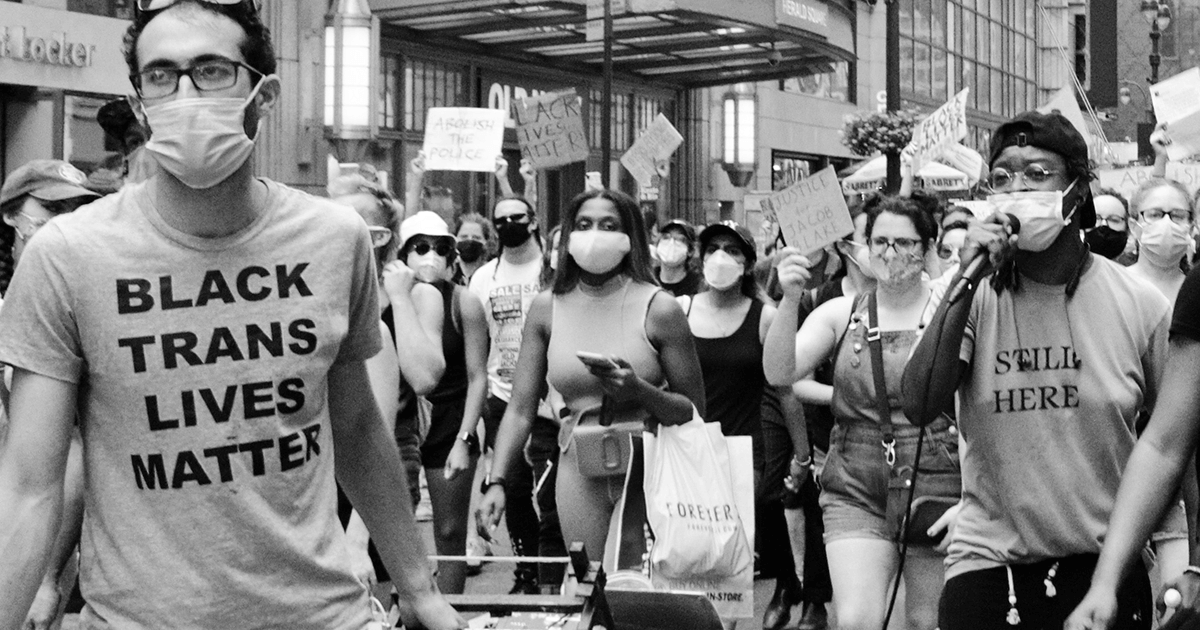 The U.S. Supreme Court ruled that gay, lesbian, and transgender people are protected from employment discrimination based on sex—meaning that an employer in the U.S. can no longer fire someone for being homosexual or transgender. (Prior to the ruling, this was legal in more than half of U.S. states.) This win unfortunately must be understood against a backdrop of abuses and rollbacks against the LGBTQI+ community in the U.S. and globally, including a ruling in Hungary where courts removed legal recognition of transgender people.

7. Women in Poland take to the streets for abortion rights 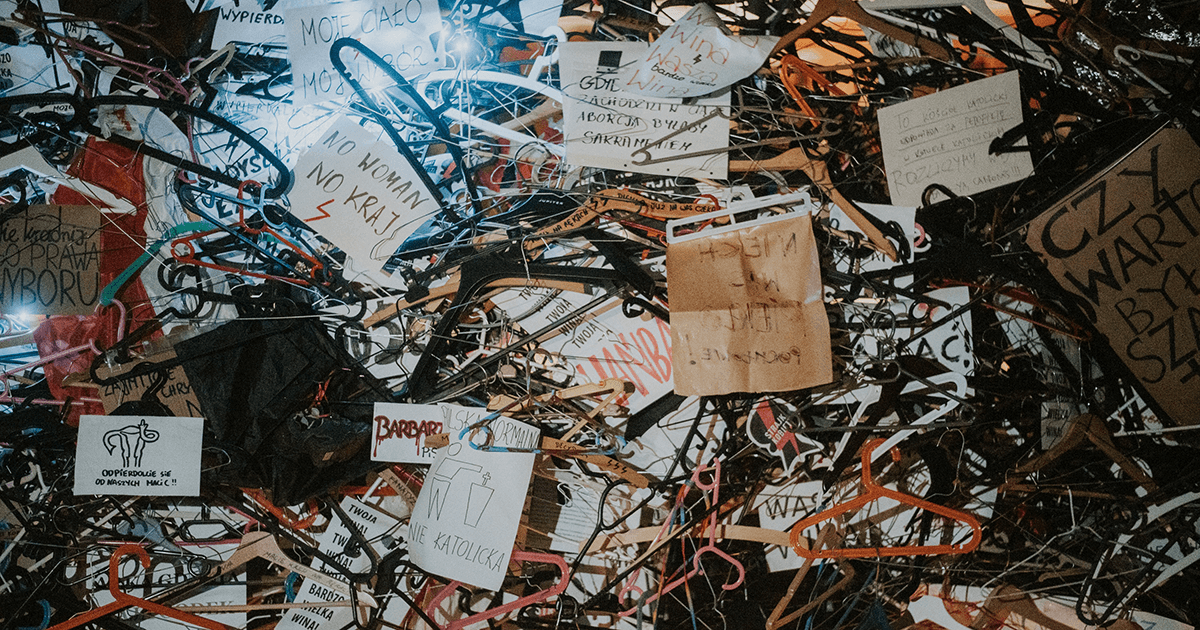 Hundreds of thousands of people in Poland—the country’s largest mass protest in decades—mobilized to protest new restrictions that would have meant a near-total ban on abortion. As a result, the government has delayed implementing the new restrictions, a victory for reproductive rights advocates. Even after this win, protestors remain in the streets—a sign that demands for rights and reform in Poland will not end anytime soon.

Abortion Dream Team, Federation for Women and Family Planning, and the Astra Network—all long-term grantee partners in Poland—have organized for and participated in the protests, and have spoken out about their firm opposition to the ruling. They’re also continuing and even increasing their work in supporting those who need abortions and in destigmatizing abortions as protests have ramped up.

8. Recognition for sex workers in India

The criminalization of sex work exposes sex workers to abuse and exploitation and disregards their autonomy. That’s why it was a huge win when a Bombay High Court this year ruled that sex work is a choice, not a criminal offense, and released three sex workers who had been detained. Just weeks later the National Human Rights Commission in India issued an advisory recognizing sex workers as informal workers, making them eligible for some state benefits. The National Network of Sex Workers, a movement of multiple organizations across India with about 150,000 members, was instrumental in influencing the decision to acknowledge sex workers as women at work—a major victory for the movement for sex workers’ rights in India.

All India Network of Sex Workers (AINSW) worked with National Human Rights Commission (NHRC) of India, and sent them a letter stating the demands of sex workers towards recognition as workers. Because of endless work of sex workers, the NHRC advisory will now open doors for further advocacy for rights of sex workers. 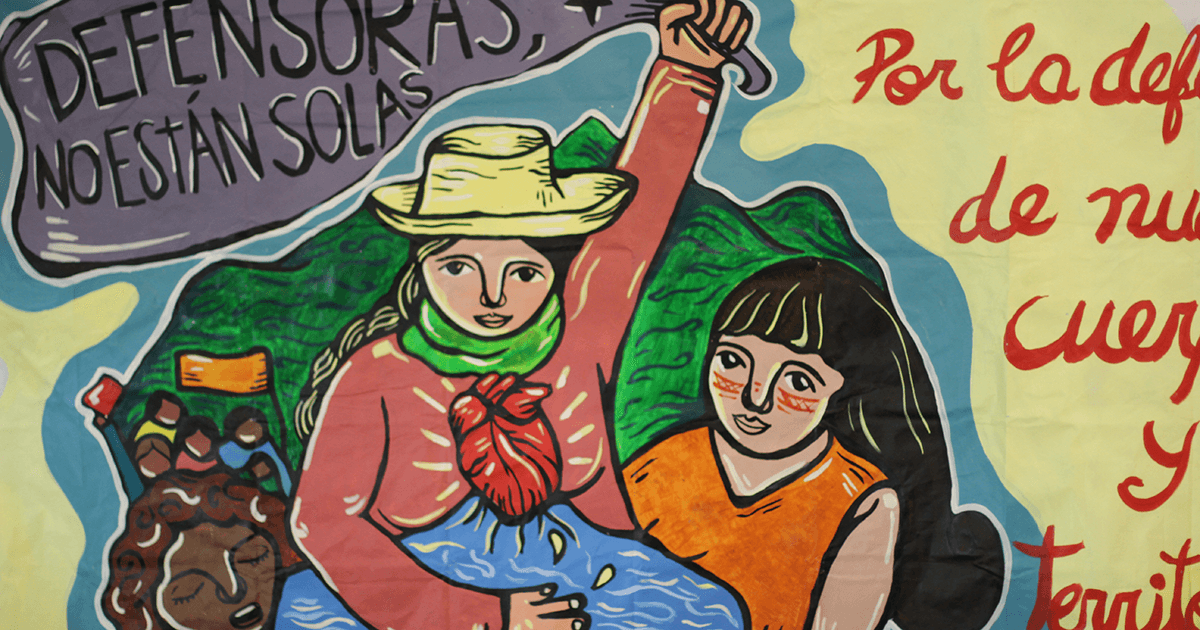 A significant win for Women Land Defenders in Latin America came this year in the form of ratification of the Escazu Agreement by 11 countries—an important multilateral accord that guarantees the explicit protection of human rights and environmental defenders, among other protections. Now defenders are looking ahead to the implementation of the agreement as the next critical step to ensuring their safety and security. We are also celebrating a recent national law in Morocco that aims to protect Soulaliyate women’s rights to land.

In 2020, the Mesoamerican Women Human Rights Defender movement mobilized international solidarity for the protection of their lives and land through online campaigns.

10. Farmers demand to be heard in India

Farmers in India are demanding the government repeal new agriculture laws which were created and passed without their input, and which they say will be ruinous for their livelihoods and benefit only corporations. More than 200,000 farmers are camping out in the capitol of Delhi, vowing to remain there until the laws are repealed. Activists say they have at least six months of supplies to see them through.