The Peace, Security, and Cooperation Framework for the DRC and the region: A FRAMEWORK OF HOPE

Global Fund for Women is partnering with the Office of the Special Envoy of the United Nations Secretary-General to help women bring peace to the Great Lakes Region of Africa, where war has traumatized the Democratic Republic of Congo (DRC) for two decades. 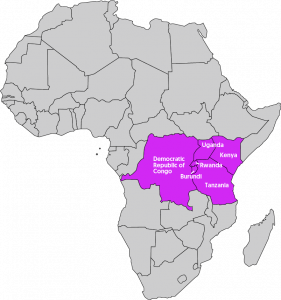 Women’s voices and leadership are desperately needed to help resolve a conflict that has seen six million deaths and hundreds of thousands of rapes.

Millions of women have lost their lives, family members, livelihoods, and property, and many were abducted to join armed groups and to serve as sex slaves. Yet – despite the acute and disproportionate impact of the conflict on women – women are vastly under-represented in the peace-building process.

In 2013, the governments of the Great Lakes region, along with the United Nations, African Union, the International Conference on the Great Lakes Region, and the Southern African Development Community committed to ending the conflicts in eastern DRC once and for all. The PSC Framework, also called the Framework of Hope, signed in February 2013, is a peace agreement to stop the cycles of conflict by resolving their root causes.

To support the implementation of the peace agreement, the Special Envoy of the United Nations Secretary-General for the Great Lakes region established and launched an initiative to empower women as peace-makers and leaders. This unique effort is called The Women’s Platform for the Peace, Security and Cooperation Framework (Women’s Platform). The Women’s Platform gives grants to women’s groups in Burundi, DRC, Rwanda, and Uganda to implement local activities on peace, livelihoods, and women’s rights.

Some examples of early achievements include:

The five implementing partners for the Women’s Platform include:

For further information about the Women’s Platform, please contact:

For more information about Global Fund for Women’s work on sexual violence in the Democratic Republic of Congo, please download our impact report.