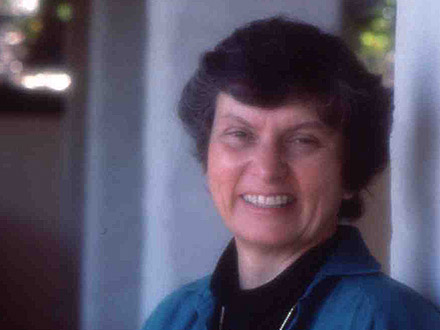 Anne Firth Murray, a New Zealand-born woman who had made a career working for American foundations, founded the Global Fund for Women in 1987 and served as its president until she retired in 1996. She is now a consulting professor in the Human Biology Program at Stanford University. Anne also serves as a consultant on civil society and other issues to many foundations and is on numerous boards and councils of nonprofit organizations. In 2006 she published Paradigm Found, Murray’s personal story and a handbook for fostering social change. Here, she reflects on her experience with the Global Fund.

“I’m a person who had a dream and was lucky enough to make that dream a reality—a dream of a worldwide network of women who would be both givers and receivers. A dream of an organization that would be open, curious, inclusive, and trusting. A generous organization, that would work evenhandedly with women’s groups around the world, with donors and volunteers, with staff, and with others who joined our path.

I came to believe in my nine years creating the Global Fund for Women that it is vital to transform the world by changing the way people treat each other, and by modeling that kind of change behavior ourselves. We can count the achievement—the number of grants and donors, the amount of money raised—but I truly believe that the way we have done our work has been as important as what we have done.”